With Investing Stick with What You Know

Peter Lynch the legendary manager of Fidelity’s Magellan Fund is famous for advising investors to “invest in what you know.” The Prophet of Omaha Warren Buffett also advocates investing within your “circle of competence.” Maybe JPMorgan Chase traders should have followed this sage advice.

I was struck when JPMorgan Chase’s CEO Jamie Dimon recently boldly told the Senate Banking Committee that the trades that led to billions in losses were placed by traders who didn’t understand the risks they were taking.

More alarming than that Dimon suggested the bad trades could not have been prevented by regulations. In fact when the senators asked Dimon about the Dodd-Frank Act’s Volcker Rule which would restrict banks’ right to speculate with their own money he called the yet-to-be-finalized rule “vague” and “unnecessary.”

Instead of federal regulations Dimon said financial firms need proper capital liquidity risk measures and risk controls to succeed. I’d add one thing – an understanding of the securities they trade.

The Wall Street Journal estimates JPMorgan Chase could have lost as much as $5 billion from trading a synthetic credit portfolio that Dimon insists was meant to hedge risks not to speculate. With the FBI poised to begin an inquiry into this staggering loss it remains problematic that the company’s internal risk management committee did not appreciate just how risky the strategy was whatever its design.

In short based on their track record leaving the JPMorgan Chases of the world to regulate themselves doesn’t seem prudent.

Fourth of July
Unrelated to this blog I wanted to share some photos I took&nbspof the Fourth of July fireworks at our Nation’s Capital.  You can see the others I took by clicking on this Fourth of July Fireworks link: 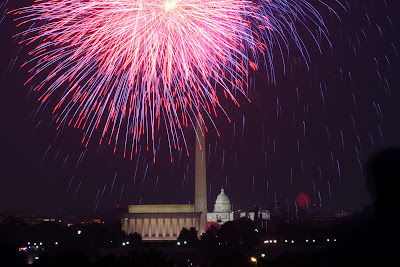 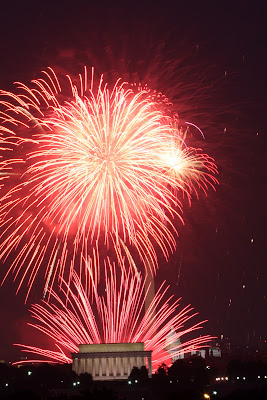 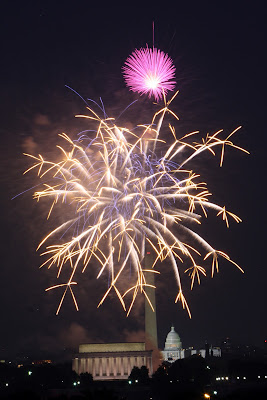 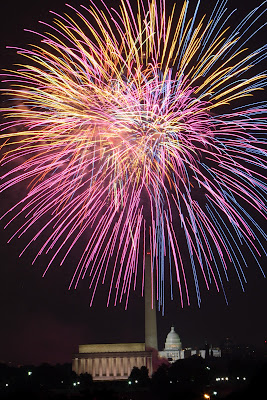 Don't hesitate to get in touch with us.
We would love the opportunity to become your trusted advisor.

Bernhardt Wealth Management, Inc. (BWM) is a registered investment advisor with the Securities & Exchange Commission. BWM may only transact business or render personalized investment advice in those states and international jurisdictions where we are registered/filed notice or otherwise excluded or exempted from registration requirements. The purpose of this web site is only for information distribution regarding BWM products and services as well as general investor education. All information is provided for informational purposes only and does not intend to make an offer or solicitation for the sale or purchase of any specific securities, investments, or investment strategies.